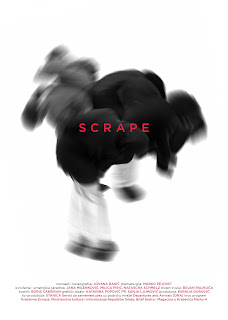 Bitef Theatre, June 17, 8pm
Scrape showed up as a hint, as a feeling – of skin, somatic.  It became the articulation of the state when bodies mix, dance and other bodies.  Flinch, pain, numbness which exist only if there is someone else to feel them. Bodies emerge and disappear on the border zones of light.  Mirage when looking outside of a car by night.
The principles of analysing a dancework proposed in Marko Pejović‘s research ‘‘Four Discursive Points of Dance Practice“ have been used during the entirety of the production process.